The  Members of SAGCOT CENTER Limited comprises of the three founding  organizations which are Agriculture Council of Tanzania (ACT), Confederation of Tanzania Industries (CTI) and Tanzania Agricultural Research Institite(TARI).  These organizations are companies with shares in the initiative: 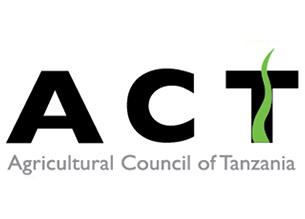 The Agricultural Council of Tanzania (ACT) is the umbrella Private Sector Organization advocating and lobbying on behalf of its members at a national and local level on policy and business environment issues impacting the agricultural sector. The fundamental objective of ACT is to unite all the members of the agricultural and livestock community in Tanzania and to act as the instrument of the members in dialogue with the government and other bodies on the formulation and oversight of policies and programs related to the development of agriculture and agribusiness in the country. ACT draws members from farmer’s associations, the association of livestock keepers, cooperatives, the association of input suppliers, agro-processors associations, transporters' associations, and researchers.

The Confederation of Tanzania Industries (CTI)

The Confederation of Tanzania Industries is a Business Membership Organization that was launched in July 1991. It is an independent, self-financed, legally constituted organization that serves its members by speaking out on their behalf and generally representing their interests.
Given the unfriendly business environment that existed in 1990s, CTI identified  few key issues as its priority for advocacy.  These included fiscal policy and taxation, the legal and regulatory framework, regional and multilateral trade arrangements, and infrastructure, mainly Electricity, Roads, Railways and Ports.
The main aim of CTI is to ensure that there is a conducive legal, financial and economic environment within which industry can operate effectively, prosper and contribute to national wealth and development. CTI has been very active in advocating for a conducive business environment for its members so that they can become competitive.

The Institute’s mandate is to conduct, regulate, promote and coordinate all agricultural research activities conducted by public and private research institutes or organizations in Tanzania. TARI aims at strengthening national agricultural research system to enhance development and dissemination of technologies, innovations and management practices (TIMPs) to address the real needs of farmers and other agricultural stakeholders.