Ihemi cluster is the first priority cluster out of the six identified in SAGCOT corridor with plenty of agribusiness opportunities and network of actors. The cluster has the potential to produce food crops for almost all seasons. Other Clusters include Kilombero, Mbarali, Ludewa, Sumbawanga and Rufiji. To the east and west of Iringa, the SAGCOT Ihemi Cluster runs either side of the main Dar es Salaam-Mbeya road and extends approximately 60 kms to the north and south of the road. The cluster spans the districts of Iringa Rural, Kilolo and Mufindi Districts. Districts covered: Iringa Rural, Kilolo and Mufindi. Potential SAGCOT Activities: Cluster Development Plan including Potato, Soya and livestock SAGCOT activities.

Ihemi Cluster comprises of Iringa and Njombe regions, (Njombe initially was part of Iringa region until 2012).The Cluster is found along the Southern Highlands of Tanzania, with a total population of 1,643,335. The Ihemi Cluster covers a total area of 57,090 km². It is primarily agricultural and boasts the second-highest per-capita GDP in the country 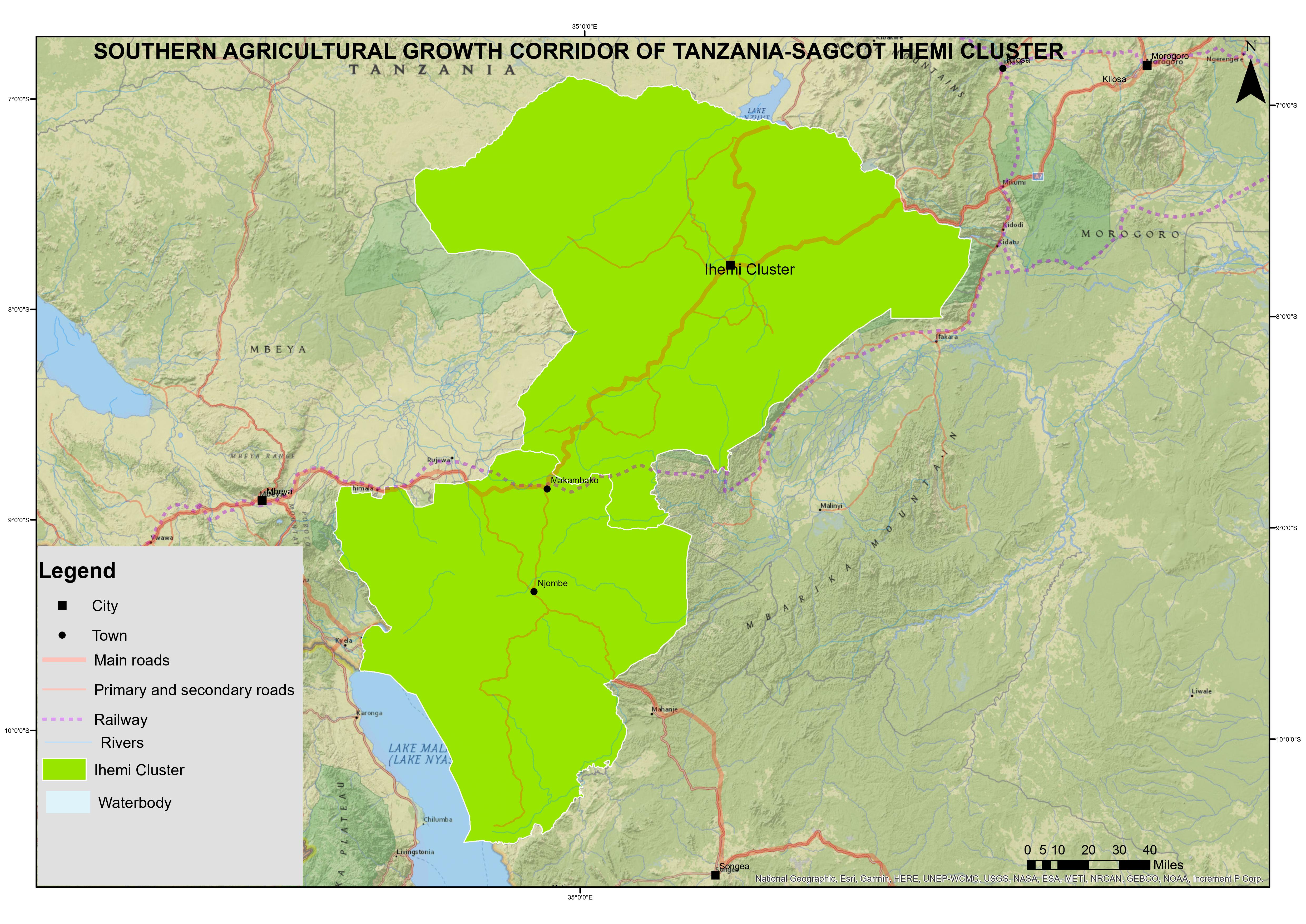